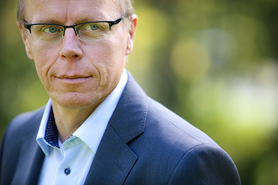 Vesa Helkkula is an experienced business executive with personal interest in strategic management. He has held President and CEO positions in private and public telecommunication companies since 1990 and also founded two growth companies.

From 1999 to 2004 he was the President and CEO of the globally expanded Tecnomen Corporation, which was listed in his time to Helsinki Exchange in 2000. Prior to 1991 he was working at Nokia having his last position as Vice President of Business Development and member of the executive board at Nokia Mobile Phones.

Vesa Helkkula is the founder and was the first Managing Director of telematics provider Aplicom after its foundation until 1999 and returned in the beginning of 2005 to be active chairman and board member. In 2007 Vesa started a telematics service company Astarte with its innovative service concept - this company later changed its name to Helpten.

Vesa has hold and is holding other boar memberships and chairman positions as well.

In 2015 Vesa Helkkula was actively working and supporting current Finland´s prime minister Juha Sipilä and his party to winn the parliamentary elections. He continues to be involved in various activities in Finnish society.